it's obviously going to be attached to Star Wars IX 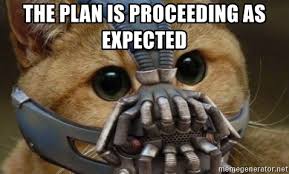 Star Wars: The Rise of Skywalker almost definitely now. With an IMAX prologue to boot.

gonna be bootleg prologue because tradition

AhmadAli95
Posts: 1857
Joined: December 2016
Oh, no! That prologue better be a global thing. And man if that's the teaser than imagine how the full trailer will be

AhmadAli95
Posts: 1857
Joined: December 2016
Look, I really want to hold off from seeing too much or reading too much. I stopped opening the set photos thread. I'm gonna try with all the power within me not to watch the trailers. I really spoiled myself with Dunkirk, so I don't want to repeat that again but...

I'll limit the viewings to in theater only.

Nomis
Posts: 19674
Joined: June 2012
Well, I think Nolan would appreciate that. Only watching the trailers in theater

Prologues were always only reserved for 70mm/IMAX screens right?

AhmadAli95
Posts: 1857
Joined: December 2016
Yup. And for Dunkirk there was the whole moving cinema truck thing going on.

antovolk
Posts: 8858
Joined: December 2011
Contact:
Contact antovolk
Website
Dunkirk was on some digital and laser IMAX screens too! Not just 70mm. Since there will be so few prints of Rise of Skywalker.
Post Reply
1508 posts