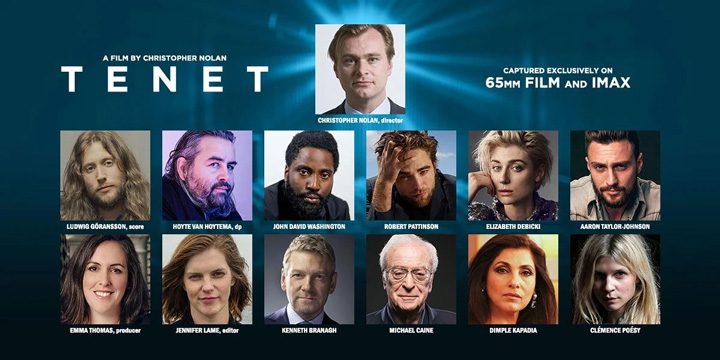 Our friends at Trailer-Track discovered today that the Tenet prologue has been rated by the German FSK. This confirmed two things for us: that the prologue will screen internationally, and that it has a run time of 6 minutes and 32 seconds.

Well, we’re making pretty solid assumptions about that last part of the headline. According to Filmratings.com a prologue for Christopher Nolan’s Tenet has recently been rated PG-13. That’s right, there is going to be an early release prologue for Tenet! The publication cited “violence and intense action” as the reason for the PG-13 rating in this week’s Rating Bulliten. No details have been posted about what movie this prologue will be attached to, how long it will be, or what theaters would get it. But going off tradition, we suspect it will be exclusive to IMAX theaters.

Speculation is this will be similar in many respects. Expect a 5 to 7 minute prologue for IMAX showings of Star Wars: The Rise of Skywalker. If you had a massive $200M+ original film, wouldn’t you want to preview it in front of what may be the biggest filmgoing event of all time? We of course will keep you updated as details get released. In the meantime, the best place to stay on top of all of the latest details will be — without a doubt — our Tenet trailer thread here. Stay tuned for more updates.