Only if they decide to release an alternative version of the teaser online, but we'll get something for sure. Official site indicates that. 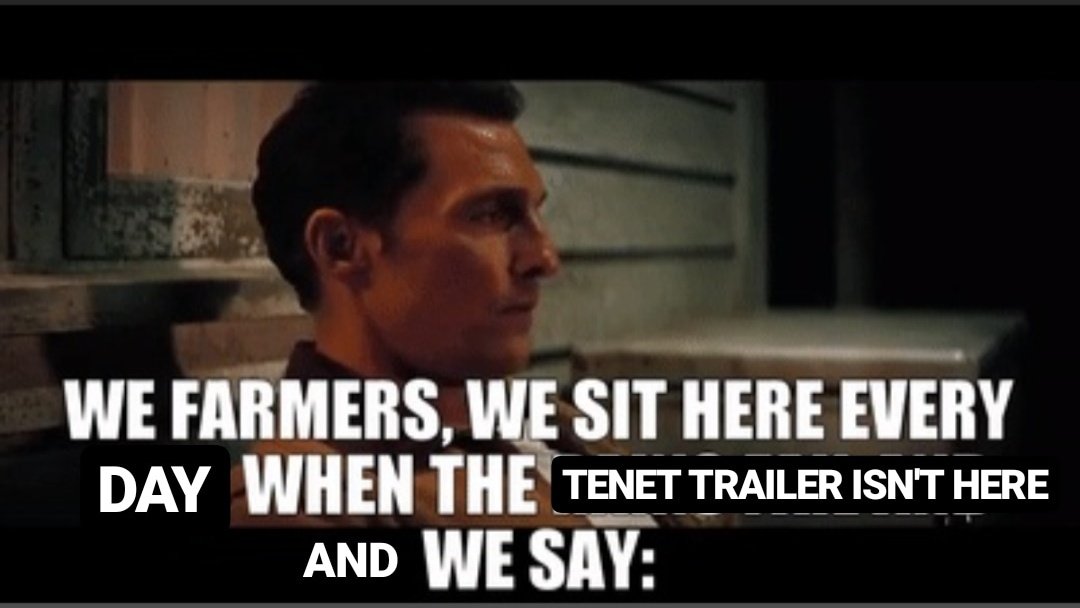 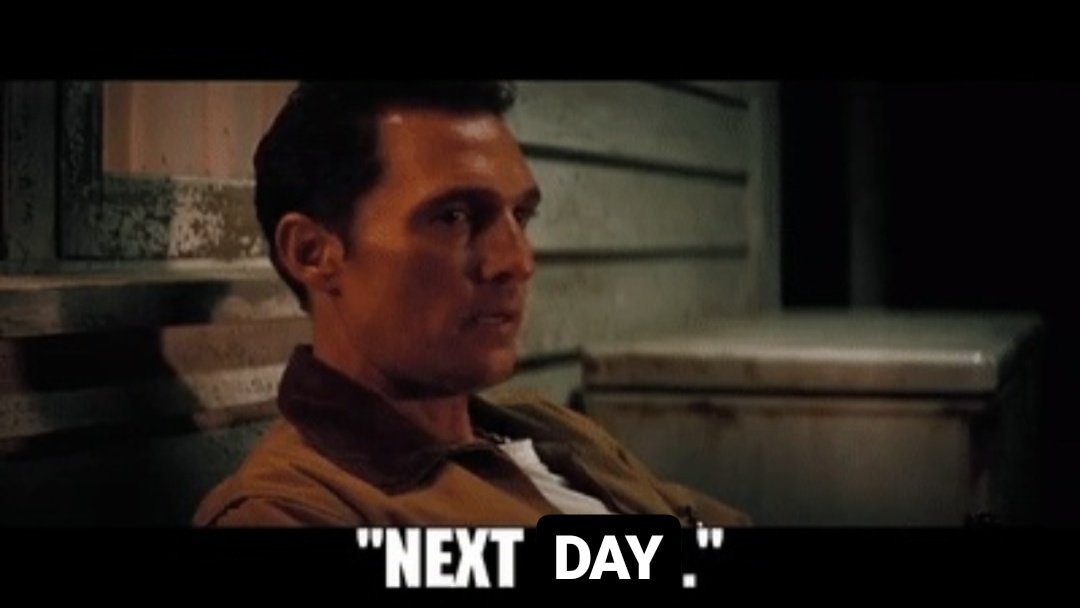 radewart
Posts: 808
Joined: January 2013
I'd doubt they are waiting due to a mass shooting. What does the tenet teaser have to do with that? The whole entire trailer is basically tight shots of John David Washington's face. There's no gun play or anything.

Also, sadly, if you are waiting for a decent length of time to pass due to a mass shooting in American, then the trailer is never gonna be released.
gropercity
Posts: 226
Joined: July 2019

I'm sure it has nothing to do with that. They're maybe letting it run in theaters a week before releasing online. Would expect it by the end of the week.

Collector03601
Posts: 375
Joined: June 2011
Location: Slovakia
Contact:
Contact Collector03601
Website
Not sure what Im looking forward to more, the proper quality or the music. Tbh the music took me by a surprise and I cant wait to hear it in full glory.

Collector03601 wrote: ↑
August 7th, 2019, 3:39 am
Not sure what Im looking forward to more, the proper quality or the music. Tbh the music took me by a surprise and I cant wait to hear it in full glory.

Ludwig might actually bring the heat. I'm going to eat my words about Hans...

quervo wrote: ↑
August 2nd, 2019, 10:06 am
After watching it several times frame by frame, I can't really see anything that shows this stuff as a sci-fi. And I watched it backwards, I don't think it makes sense that way. The smoke in front of the glass can be sleeping gas and it can leak through the holes. The interesting stuff is when John touches the last hole, he keeps his eyes closed for several seconds, you can see it, when he opens them, as light is reflecting on his eyeballs.

In the dark scene there is somebody next to him, maybe we'll be able to identify him when offical trailer comes out. Same with the front SWAT member, we can see his face behind the mask. I'm pretty sure, that is Pattinson at the end, you can see him stepping out.

I can't really find any explanation to the "new protaginst" and "new kind of mission" texts than it is being set in the Inceptionverse. Nolan himself told years ago that he really wants to expand the universe, back then he wanted to produce a video game. Maybe he decided to put his new ideas into a new movie. The only problem is that I don't think Miles is a big part of these stories, we needed him to teach and help Cobb, but that story is finished, so I can't see why Michael Caine would be necessary for this stuff.

We have it folks ! It's been rated. Please God, let it hit today !

senseandsarcasm
Posts: 90
Joined: April 2019
I am just now realizing that WB is running both tenetfilm.com and tenetmovie.com
Post Reply
1569 posts