personally, i found garth edwards "monsters" to be boring as hell so who knows how this can turn out.
chee
Posts: 13622
Joined: June 2009
Location: Florida
Contact:
Contact chee
Website
I'm not familiar with his work, but I hope Godzilla will be a decent movie.
JRM
Posts: 402
Joined: May 2010
Location: Salem, Oregon
Contact:
Contact JRM
Website
Another Godzilla movie? I loved that one many years back when I was a kid, but when I saw it again not too long ago I hated it.

Hopefully this new one will be good.

RIFA
Posts: 21411
Joined: June 2010
Location: All-Hail Master Virgo, Censor of NolanFans
Monsters is one of the most underrated film experiences. People always want action when there's a sci-fi movie about alien lifeforms. I think he can pull off a better Godzilla than the original. Time will tell. Still, Cloverfield >> 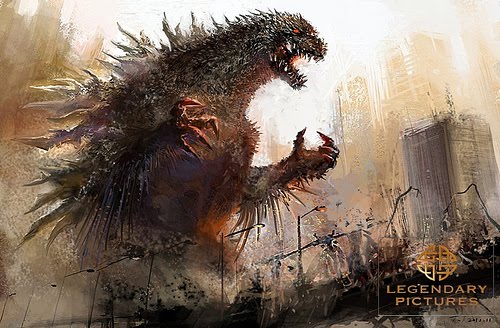 Edwards has spoken for the first time about the importance of getting his vision correct for the upcoming Godzilla film; especially in the wake of the last, unpopular movie.

The British filmmaker is seeing a lot of critical success for his independent film Monsters, which is about a post apocalyptic world overrun by gigantic aliens. Although that film was more about the people than it's massive squid-like creatures, Edwards has shown he can effectively create a world inhabited by monstrous beasts. When speaking on Godzilla, Edwards is very aware of the responsibilities placed upon him.

The director went on to say he's a "big fan" of the original franchise and grew up with watching the dubbed versions of classic Godzilla films.

You have to give a s*** about what’s happening and why," said Edwards on bringing a reboot to the big screen.

According to one of the film's producers, Brian Roger, the Godzilla concept will remain along the lines of the "classic" mythos, with minor tweaking and nudging to get it to a loftier place. Also, the current plans are for Godzilla to fight one, or more, monster opponents in the film. Warner Bros, who will distribute the movie, has yet to set a theatrical release date for it.

TotemCheck21 wrote:Actually sounds like they might have the right guy for this. Godzilla really deserves a good remake, hope it's epic

I agree. I loved Monsters, and it's highly underrated. If he can pull off a similar mood with the new Godzilla, then I'm all for it. A darker, grittier more intense remake would be amazing. I'm a sucker for monster films