Also this will definitely be rated R, as per Yan:

“I did my homework,” she responded. “I wouldn’t say it was easy, but it was relatively painless and straightforward,” she added. “I immediately loved the script and it felt like something I could really do, and it felt very much like my own voice.”

“I could not put the script down,” Yan said. “It had so much dark humor to it which a lot of my work does, and there are themes of female empowerment which are so strong and relateable. So I went in with, not with confidence, but at least a sense that I belonged in the room, that somehow magically in terms of timing and luck that this opportunity was open to me and I was definitely going to make the best of it.”

Yan confirmed the film is going to be rated R, a new move for the DCEU, and one that is sure to intrigue numerous people. It seems Yan is up for the job however as she went to discuss her take on the film. “It came out of me. I have never done any of these things and I asked my agents for examples to get a better sense: I put together a pitch deck and also assembled a sizzle reel. But I would say it wasn’t like a lot of other sizzle reels which reference other films that remotely feel like your film. I find those to be rather pointless. But I created my own version that thematically and tonally conveyed what you would feel (in my movie).”

nolannolanchrischris
Posts: 2578
Joined: January 2012
Title: Birds of Prey (and the Fantabulous Emancipation of One Harley Quinn) 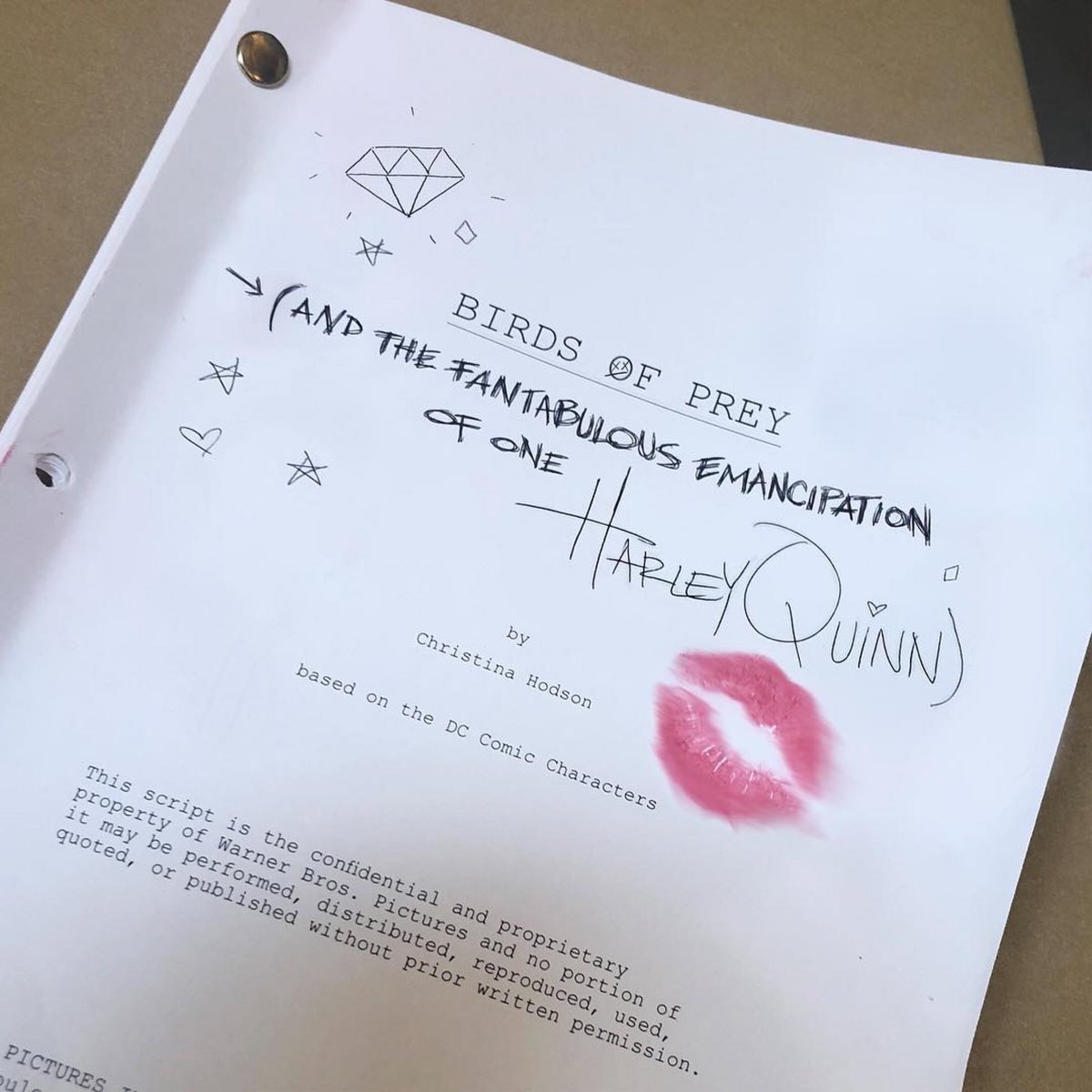 Posts: 807
Joined: January 2013
I liked Harley Quinn better before she was co-opted into some geek girl feminist icon.