Panapaok
Posts: 8136
Joined: May 2014
So sad news, I still can't believe it. Robin Williams was one of the most talented actors and a wonderful human being. I grew up as a child watching Aladdin, Hook, Mrs. Doubtfire and Jumanji countless times. And as the years went by, so many of his movies made me laugh and touched me in so many different ways. Rest in Peace Mr. Williams, you'll be remembered.

Panapaok
Posts: 8136
Joined: May 2014
I read something which I think sums this whole thing up pretty good.

Man goes to doctor. Says he's depressed. Says life seems harsh and cruel. Says he feels all alone in a threatening world where what lies ahead is vague and uncertain. Doctor says, "Treatment is simple. Great clown Pagliacci is in town tonight. Go and see him. That should pick you up." Man bursts into tears. Says, "But doctor...I am Pagliacci.” -Alan Moore﻿

Pratham
Posts: 13527
Joined: May 2010
Location: Mumbai
Panapaok, I have fixed your avy for aspect ratio. 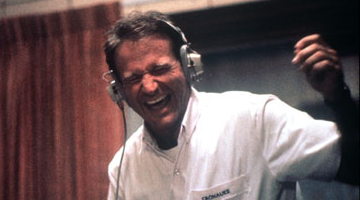 Found this on imgur. 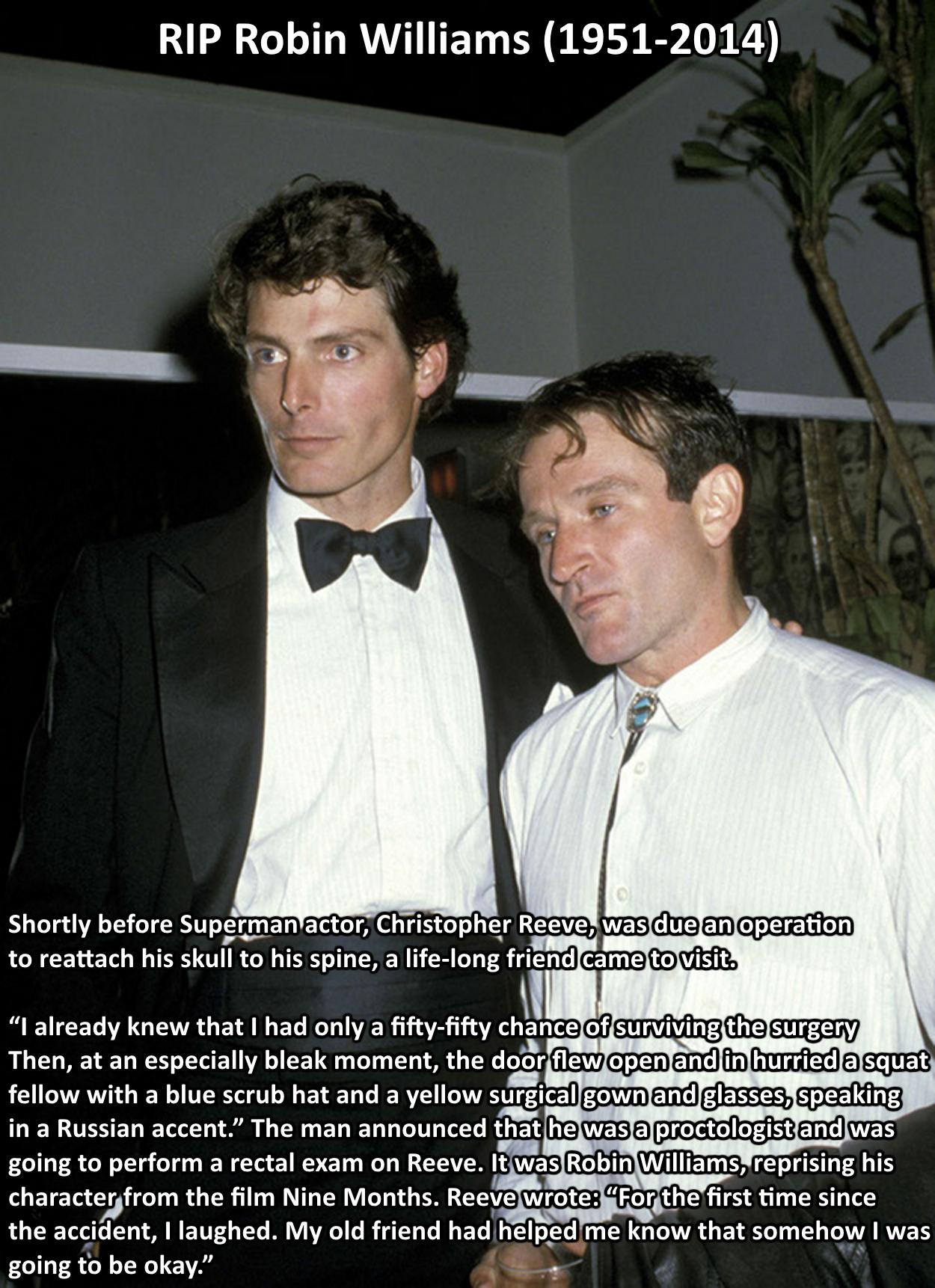 Robin Williams saved Superman, but he couldn't save himself.

On a lighter note, he tweeted this last year. 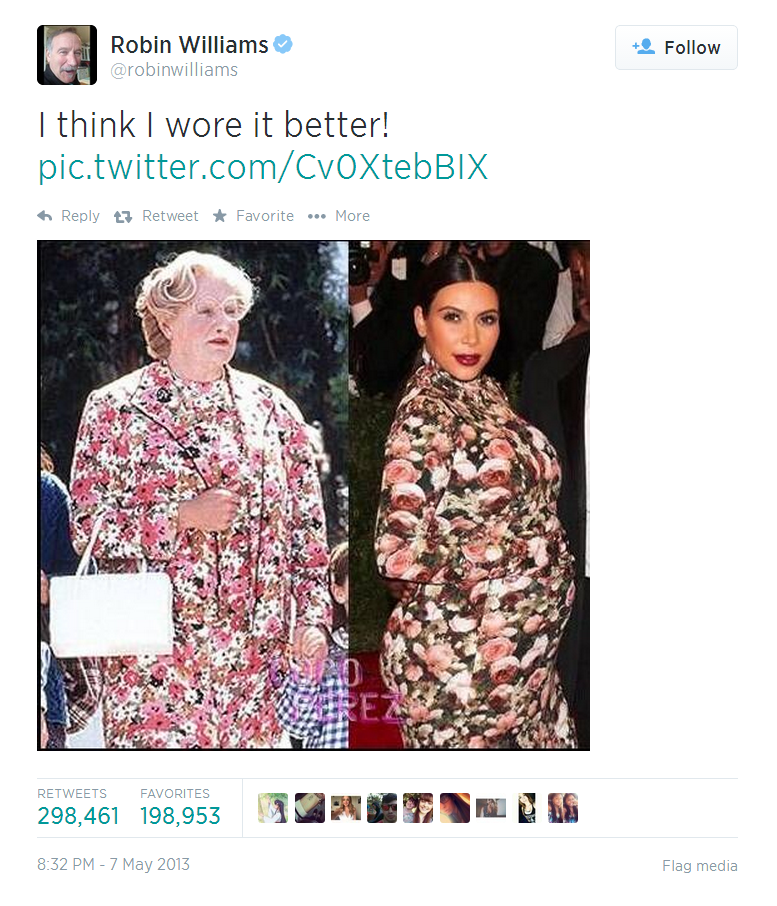 I think I will watch Insomnia tonight in his memory.

DoubleD
Posts: 17472
Joined: May 2011
I never thought the death of a celebrity would impact me so much. People on the radio this morning were like "You've never met him. You don't even know him." But that's not true. I did know him. I knew him as a genie, a nanny, a Vietnam radio DJ, and countless other personalities. He will definitely be missed. May he rest in peace and no longer suffer.

SilverHeart
Posts: 16715
Joined: March 2012
I just never really grasped the concept that he could even die. It just never seemed like a possible thing that could even happen, you know? He's just sort of always been around.
Post Reply
207 posts