Explores the relationship and opposing visions between two of the most powerful leaders in the Catholic Church, both of whom must address their own pasts and the demands of the modern world in order to move the church forward.

The film is directed by Fernando Meirelles (Cidade de Deus, The Constant Gardener) and written by writer/producer Anthony McCarten (The Theory of Everything, Darkest Hour, Bohemian Rhapsody). The film stars Anthony Hopkins and Jonathan Pryce as Pope Benedict XVI and Pope Francis respectively. 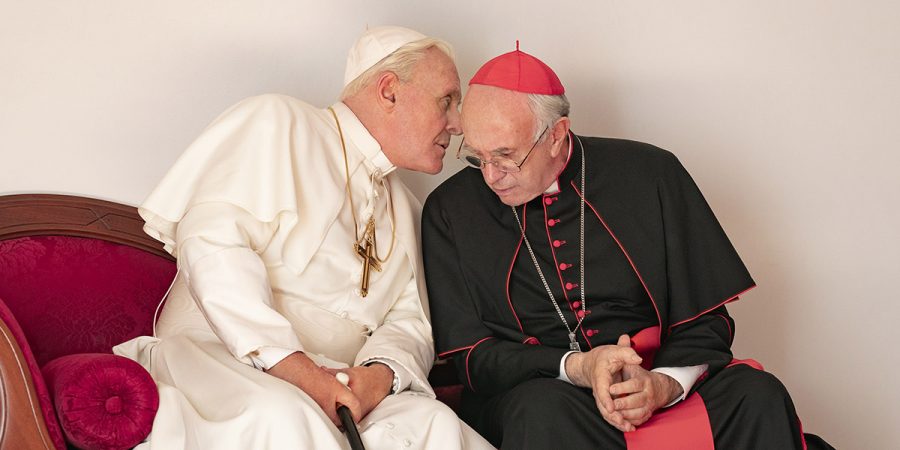 Nomis
Posts: 19371
Joined: June 2012
This looks great. Can't wait to see this. Hopkins and Pryce are both insanely talented actors.