Dragon_316ca wrote:Sagat and Blanka should just be put in the backburner. They've been in many SF games, and they already served their purpose (storyline-wise). The slots should be reserved for new characters instead.

Ken, on the other hand, need to return. He's been an iconic figure since the very first game (along with Ryu). Karin and Alex (I agree) should be brought back for V. It's been many years since we last seen these 2. I hope Capcom give them a good storyline this time.

As for Juri, I could care less about her.

I'm more excited to see old characters in new form than new characters to be honest... if only because I've seen new characters in Tekken 7 recently and am currently suffering from Harada syndrome of over-design and kitsch. Admittedly, Street Fighter isn't Tekken and I'm sure even T7 will redeem itself through future announcements (kudos for Yoshimitsu, waiting on Nina). Also - Unreal 4... looks astonishing. Gives a certain weight to all the characters and I can only imagine it on the big screen.

Juri worked for me and she's my brother's main so it's more our private tournament wish than anything else. They should look into Alpha for choices... as for Ken - agreed, every Scorpion needs his Sub Zero, I'd like to see a different Ken though, I want him to play unlike previous games, several crucial variations that would totally change the game and make him relevant - cause in my book there was never place for either him, or Ryu, way too basic. They need to be there though, otherwise you can't call it Street Fighter.

As for post-release plans, I believe they'll follow Killer Instinct style of updates, no more 'super' or 'ultra' editions, just one game with continuous updates. Eventually this might become the biggest roster of them all.

Ordered this from amazon.uk:

m4st4
Posts: 54481
Joined: May 2010
Location: Arrakis
Not SFV per se but useful for anyone thinking about getting into fighting games: Eventhub posted their article based on their interview with Matt Dahlgren, the Director of Brand Marketing & eSports at Capcom, couple of interesting quotes:


"If you looked at how we handled Street Fighter 4, it was the dominant fighting game of that generation of consoles, we're expecting the same from Street Fighter 5, so we are thinking long term," he stated.

We did not just follow the poll rankings as law, there's a lot of elements that come into play when creating a roster and gameplay styles, and it's not necessarily our job to give fans exactly what they want — it's our job to be innovative and give fans what they don't even know they want yet," he said.

On Style and Tone, fresh takes on old faces, and brand new characters


"A good example for our tone is Birdie," said Dahlgren. "I don't think anyone really saw him coming, but we had this really cool character design — he's practically a new character in himself — but he doesn't take up one of the slots we have for brand new fighters.

"Very soon in the future, you will see brand new characters for the franchise," noted Dahlgren.

Every character won't have a stage based on them, but we will be staying true to the Street Fighter franchise in bringing new locations throughout the globe to the game in the form of new stages, but there won't be parity between characters and stages.


"This is the only disc you're ever going to need to own to get all of the content in the game, but we'll be revealing details of how our post-launch content happens at a later date, but it will be good news," he concluded.

m4st4
Posts: 54481
Joined: May 2010
Location: Arrakis
New stage revealed for Street Fighter V and Ono confirmed that he would be at EVO 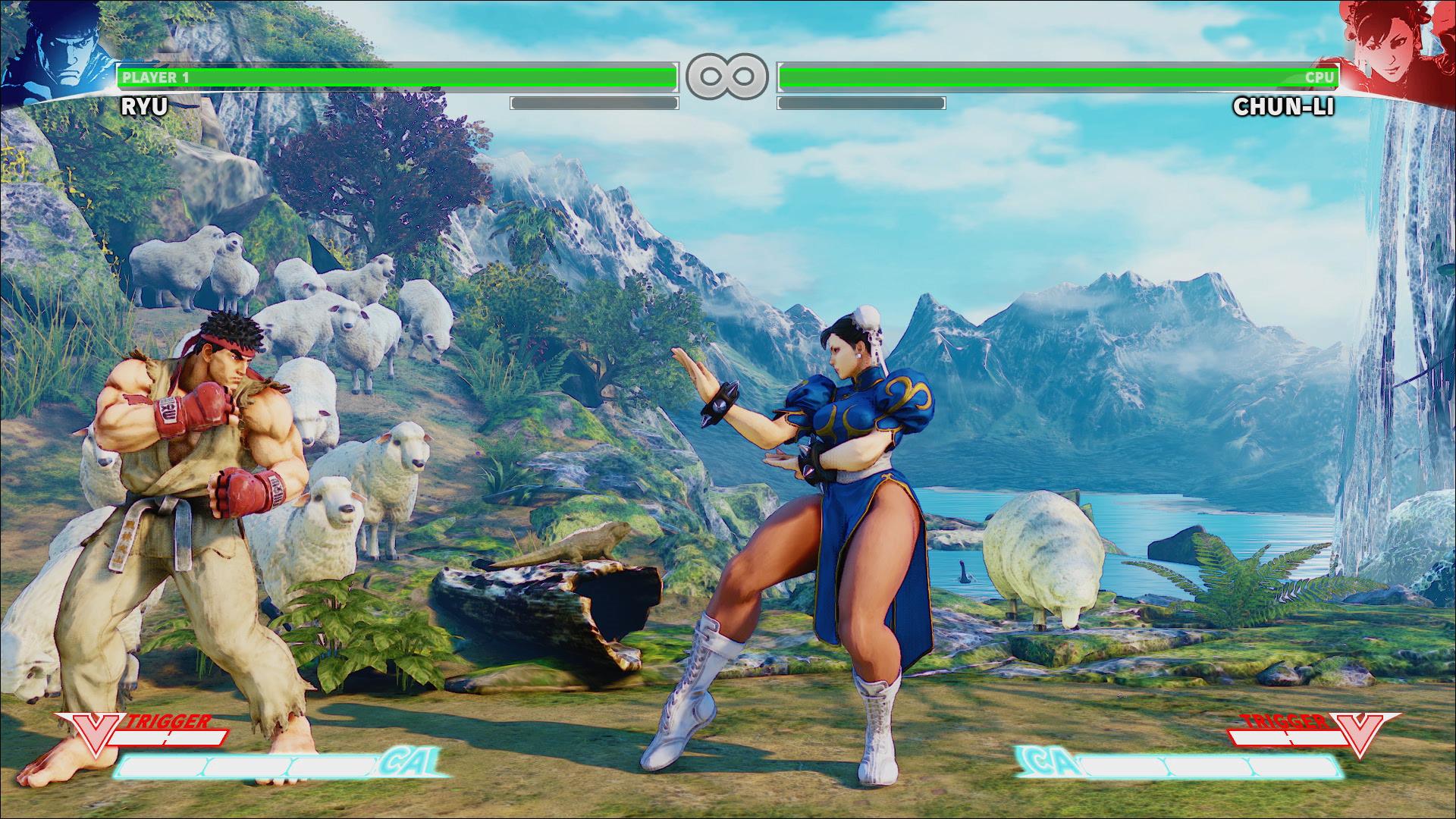 Look familiar? Maybe you’ve seen the top of it in a previous Street Fighter. Each of the stages has been inspired by various locales throughout the world with the Forgotten Waterfall’s inspiration being directly pulled from New Zealand.

Another new stage reveal (this time, at the WB Summit in Brazil):

Earlier today, Capcom’s Yoshinori Ono hinted that a Brazilian character would be revealed soon for Street Fighter V. This could be Blanka, Sean, or a new character entirely, but we’ve got a different piece of news to share.

Sources have confirmed to Siliconera that Alex and Urien from Street Fighter III will be playable characters in Street Fighter V as well. Look out for the two to be announced at some point in the future.

Yes to Alex, please; Urien is okay I guess. Only two left from my wish list: Karin (possible swap with Cammy) and Juri (brother's favorite).

The only question remains, what's going to be revealed at SDCC, if anything substantial until EVO? m4st4
Posts: 54481
Joined: May 2010
Location: Arrakis
Btween this is the real place that inspired the stage above: Where is dado when I need him.

As for what will go down at SDCC: I bet $100 that we will see a brand new character from New Zealand.
Post Reply
150 posts