NO ONE GIVES A FU*K

Angus
Posts: 515
Joined: July 2018
Anyone who doesn't think this movie is about time manipulation in some capacity is smokin' crack.

User of Interest
Posts: 1174
Joined: September 2014
Are they in London or Norway right now? I'm lost.

radewart
Posts: 872
Joined: January 2013
George Cottle said in one of his Instagram post in a reply that he was "in town"(London) till the 4th. But maybe he had other business and was meeting up with them somewhere else??

or maybe they're at both locations

radewart
Posts: 872
Joined: January 2013
But doesn't Nolan not use a second unit, right?? So I'd assume he'd like to be present for any filming taking place.

Ace
Posts: 1316
Joined: November 2012
Location: UK
The chef who designed the dishes for a scene filmed at the the Hotel Caruso in Ravello.

At the beginning of August the most beautiful work in the world rained down from me, of those you never sleep (cited) and you always have the adrenaline of the tape.

I was hired by Warner Bros. for Tenet, a Hollywood film with a budget of 220 million dollars, directed by Christopher Nolan, who in 2015 was named, by Time magazine, among the 100 most influential people in the world. Is it because with his films he has collected several Oscar and Golden Globes nominations?

The dishes for the scene, set in the restaurant of the Hotel Caruso in Ravello, are copyright of Fabrizio Sansoni. With a new team, organized in a few days, I left for the Amalfi coast and cooked for what is called "a stellar cast" from Kenneth Branagh to Michel Caine, passing by John David Washington and the stratospheric Elizabeth Debicki (Jordan Baker of the Great Gatsby of Luhrman ndr). Due to the complexity of the location, spread over several floors and the complexity of the scene to be filmed, with around 40 extras and main actors, we worked, without stopping, for almost 20 hours. The day of the shooting was expected to run all night, but the set team, of which I was part, with my team of assistants, was perfectly synchronized and, shortly after one, it was all shot. Among the memorable moments this adventure, in first place, the nod of Nolan to my dishes, of which I am obviously proud. But no less funny was the pause on the scene, with John David Washington, who tasted my ravioli with music, still working with old friends, like the production manager and the location manager and, not least, the beer, late at night, with the chief scenographer of LA, who stopped on purpose to greet me complimenting me. What else? 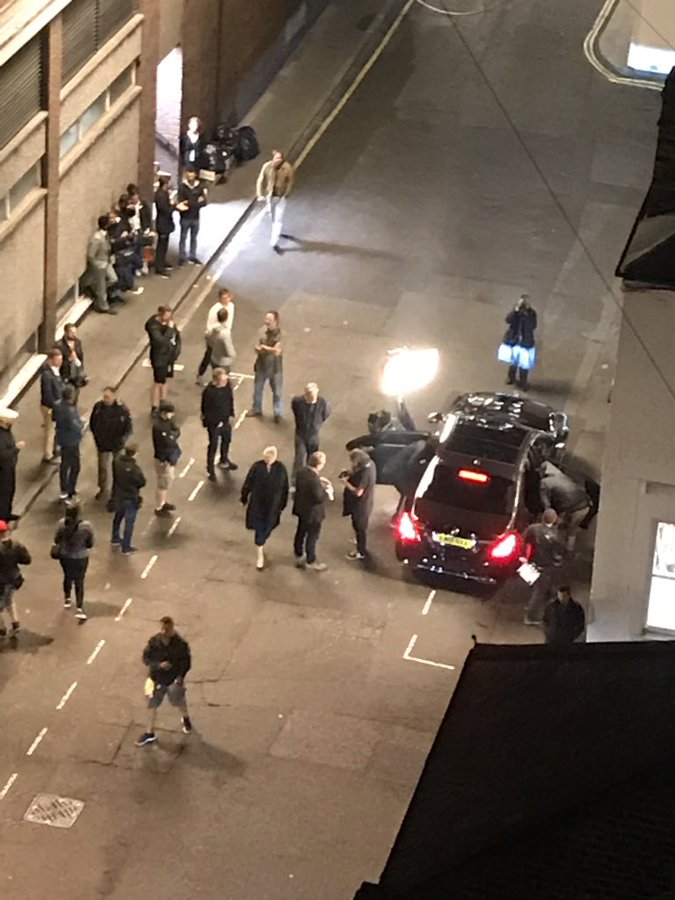