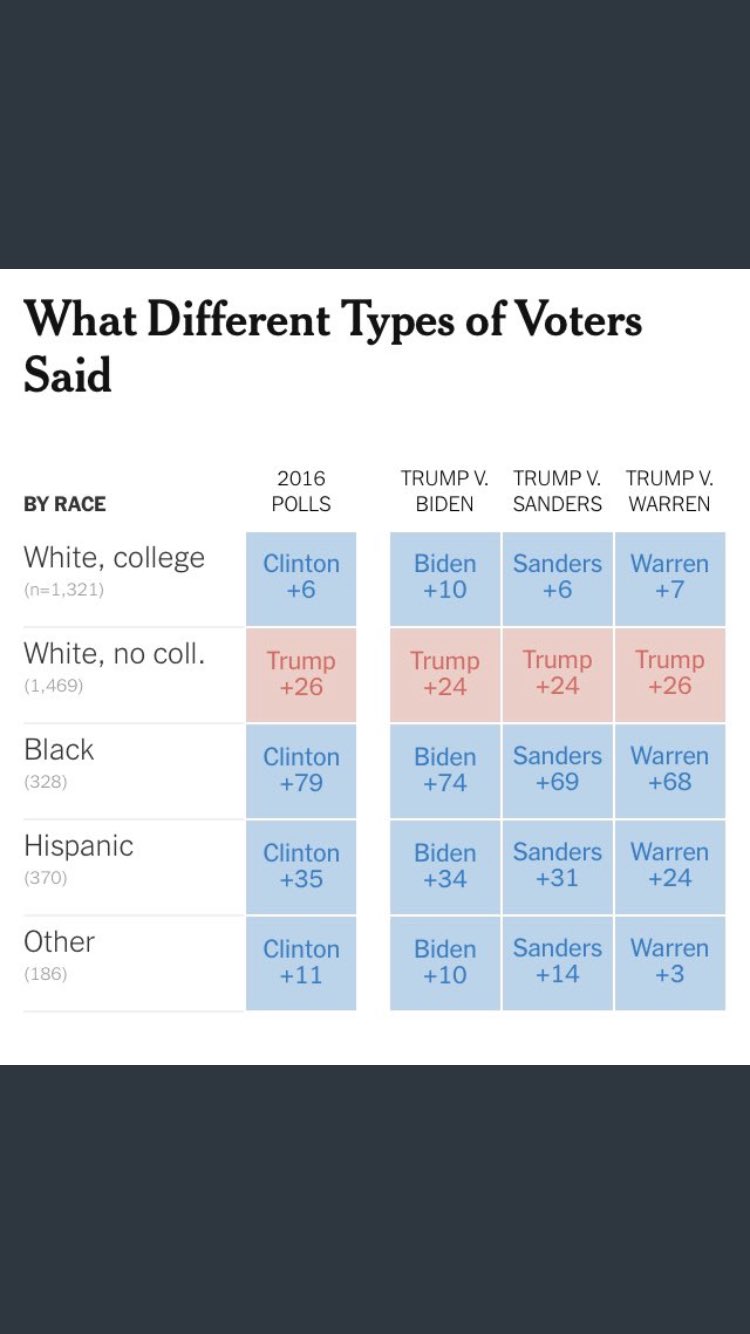 go get em' Mike!!!!!
Batfan175
Posts: 4244
Joined: January 2012
My guess is Bloomberg, just like Howard Schultz, is only entering the race to ensure that the Democrats lose if they get a too progressive candidate who questions corporate power too much and actually has a backbone when it comes to taking on social and economic inequality. The only constituency he knows is rich folks on Wall Street who don't need more help than the poor and marginalised.

When Chuck Todd asked who's to Bloomberg's left on guns and climate, I had to stop myself from dying of laughter because that kind of ignorance is stunning.The Green New Deal is far to Bloomberg's left regarding anything he's ever said on climate change. I get why corporate and centrist Democrats would like to see the candidates like Bloomberg, Biden, Booker, Klobuchar, Buttigieg or Harris win the presidency because they've accepted corporate cash to fund their election campaigns for decades as well but no working class person is going to see their lives changed for the better by any of these people.

Anyway, here's a piece by Mehdi Hasan for the Intercept in which he explains why Bloomberg is the, as he puts it, "perfect candidate for the Republican nomination": https://theintercept.com/2019/11/25/mic ... omination/

The videos have links to the Intercept, Jacobin and other notable news sources as well if anyone's interested in reading them. We'll also get another overview on Pete Buttigieg around his last day in office as mayor.

So it's basically still between Biden, Sanders and Warren. Quite impressive how much individual contributions Sanders has gotten so far.

When will the Democrats select their nominee to race against Potus, in June?
Batfan175
Posts: 4244
Joined: January 2012
New poll currently suggests three-way tie between Biden Buttigieg and Sanders in Iowa and Sanders is in first place in New Hampshire.

This and the fact that Sanders has introduced a law with Ro Khanna to block funding for military force in or against Iran should make it clear that he is the best candidate and he has not even benefited from a lot of positive (or really much of any) press so far.

This is mainly a Biden vs Sanders race at this point because outside of Iowa Buttigieg does not poll well and Warren has been in decline for a couple of weeks now while Klobuchar is hanging around at 7% in both Iowa and New Hampshire and noone outside of a bunch of clueless and greedy consultants support her.

Cilogy
Posts: 26204
Joined: February 2010
Location: Texas
Contact:
Contact Cilogy
Website
I have no evidence to back this up, but I'm convinced that our world leaders are corrupt enough that I think Qasem Soleimani's death was orchestrated by both the US and Iran in order to create a false flag cold war, to make Trump look hawkish and "strong" diplomatically, and to ensure his popularity for reelection. Either way, someone is profiting from this.

Basically it goes to my point that the wealthy and powerful only look out for themselves and try to maintain a "reasonable degree of instability" in the Middle East in the best interest of the major powers; USA, Russia, Saudi Arabia.