this is just cold wtf

I'm not a warm person so it's fitting. 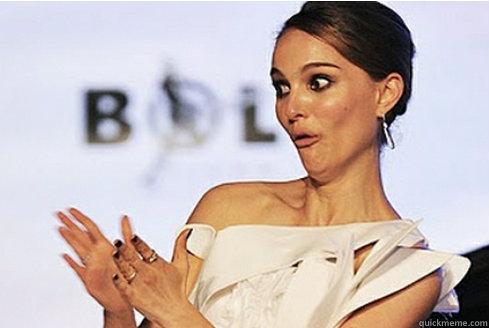 this is just cold wtf

I'm not a warm person so it's fitting.

Yeah, like come up with real counter arguments that support this big step towards a Disney monopoly instead of telling me to not talk about the obvious drawbacks. Telling me to shut up because I give you actual facts about Disney's CEO is not going to make me any less right.

Please tell us why the billion dollar company (which is creating homelessness and poverty among its own employees in Disneyland by the way) owning everything in popular culture is going to be such a good thing for everyone.

Oh my. That so needs to happen.£
Batfan175
Posts: 4249
Joined: January 2012
We'll likely get far fewer films per year with this and most likely far fewer R-rated films because Disney does not make those kinds of films. Disney has said they are interested in the intellectual properties but they will not make more films than they are already making right now, which, in essence means less X-Men films than we're getting now because Disney has other stuff it wants to produce. Fewer movies in general might also mean that the big ones that do get released stay in theatres longer and take up all the space from other, smaller productions. In that context, you can probably also say goodbye to mid-level budget films for good. For people who want to pitch their films to one of the big studios there is now one fewer studio as well so less of an opportunity for young directors to make a name for themselves. If your name is not Steven Spielberg and you want to make a strange and challenging movie aimed at adults, good luck to you, 'cause you'll need it.

The way monopolies work is also almost never in favour of the consumer in the long-run. The films you'll get to see will have less of an incentive to distinguish themselves artistically from what Disney is making as well, since Disney will own about 40% of the market. Star Wars and Marvel being the only blockbusters forever sounds like hell to anyone who wants to see a variety of genres, themes and stories in their entertainment. This merger does not help us get to a place where variety of storytelling is the key word.

Let's not forget about the thousands of jobs that will be lost as a result of this. But hey, getting to see more comicbook characters in a movie together makes it all worth it, right?

Nothing we can do about this as consumers, which is why people like Noam Chomsky called corporate formations like Disney unaccountable corporate tyrannies.
Last edited by Batfan175 on July 27th, 2018, 10:16 pm, edited 1 time in total.
Post Reply
164 posts