Sanchez
Posts: 2136
Joined: January 2016
Location: Norway
Five months away and no trailer yet?

It's Netflix, they don't need to do a long campaign unlike traditional distributors

Well, don't forget they wouldn't want to show the de-aged cast in not finished VFX... 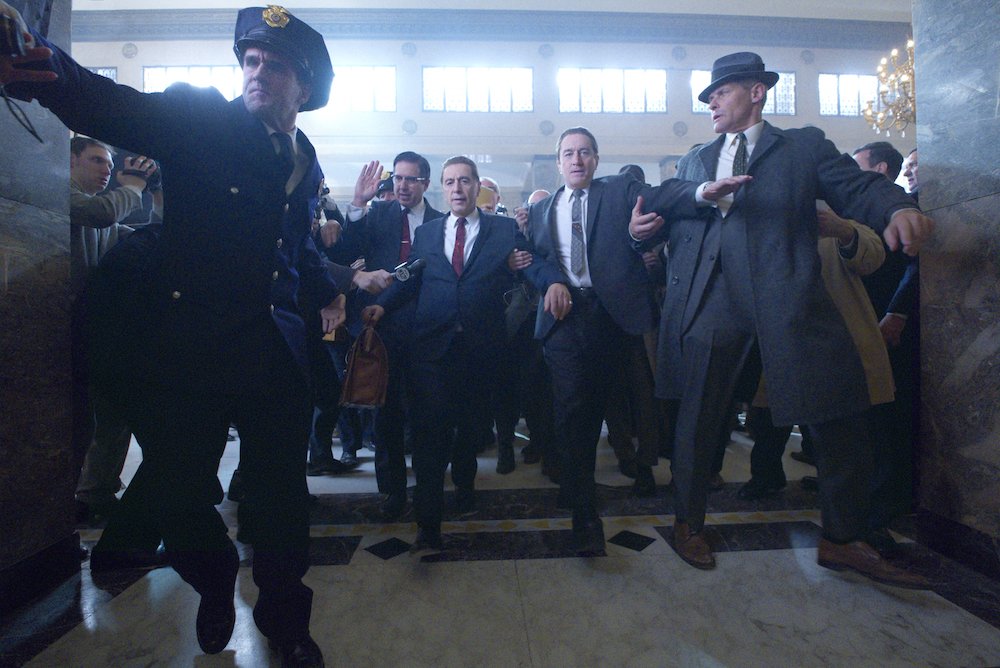 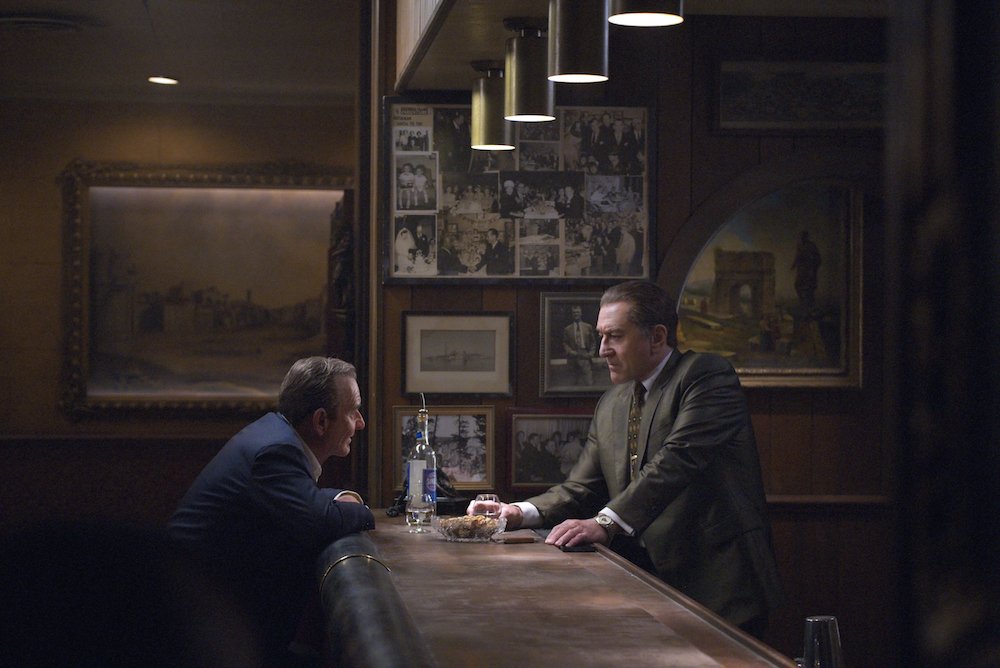 At long last, it seems like Martin Scorsese is putting the finishing touches on his highly anticipated crime epic The Irishman, as Film at Lincoln Center have announced it will world-premiere as Opening Night film of the 57th New York Film Festival, which takes place September 27 – October 13.

Based on the book I Heard You Paint Houses, the crime drama brings together Robert De Niro, Al Pacino, Joe Pesci, Harvey Keitel, Ray Romano, Anna Paquin, and Bobby Cannavale in the story of Frank “The Irishman” Sheeran, a mob hitman whose illustrious career is today best-known for supposed involvement in the death of Jimmy Hoffa. Check out the first images above and below, along with the synopsis.

"The Irishman is a richly textured epic of American crime, a dense, complex story told with astonishing fluidity. Based on Charles Brandt’s nonfiction book I Heard You Paint Houses, it is a film about friendship and loyalty between men who commit unspeakable acts and turn on a dime against each other, and the possibility of redemption in a world where it seems as distant as the moon. The roster of talent behind and in front of the camera is astonishing, and at the core of The Irishman are four great artists collectively hitting a new peak: Joe Pesci as Pennsylvania mob boss Russell Bufalino, Al Pacino as Teamsters president Jimmy Hoffa, and Robert De Niro as their right-hand man, Frank Sheeran, each working in the closest harmony imaginable with the film’s incomparable creator, Martin Scorsese."

“The Irishman is so many things: rich, funny, troubling, entertaining and, like all great movies, absolutely singular,” said New York Film Festival Director and Selection Committee Chair Kent Jones. “It’s the work of masters, made with a command of the art of cinema that I’ve seen very rarely in my lifetime, and it plays out at a level of subtlety and human intimacy that truly stunned me. All I can say is that the minute it was over my immediate reaction was that I wanted to watch it all over again.”

“It’s an incredible honor that The Irishman has been selected as the Opening Night of the New York Film Festival. I greatly admire the bold and visionary selections that the festival presents to audiences year after year,” said Martin Scorsese. “The festival is critical to bringing awareness to cinema from around the world. I am grateful to have the opportunity to premiere my new picture in New York alongside my wonderful cast and crew.”

Did they or did they not animate the actors' eyes too when they de-aged them? Since that's what's being done with Gemini Man...

m4st4
Posts: 54321
Joined: May 2010
They fucked up the eyes at the end, damn it. And now I’m officially scared of seeing actual younger version footage. :/