Yeah, You'd think it was directed by Christopher Nolan or something...

It will go down maybe not under 8.0 but probably close to it.

I wonder how much money Phoenix ends up making from it

I mean, assuming he wasn't pleased with it and tried to do something about it I can sort of understand it from his POV. I mean, he had an iconic character on his hands but the end result wasn't exactly well received, far from it. But it's a bit weird to try and stop them from making a solo Joker film (which doesn't even have anything to do with the other films but he might not have known that idk). Anyway, I still believe Leto as the Joker could've been great. That deleted scene of him and Robbie on the street was pretty good, as was the Harley Quinn chemical factory scene imo. I think with a proper script (like if Ayer got more than six weeks or so? I mean wtf lol) and direction Leto could've been a great Joker. He's certainly got the talent for it.

I do think its a pity he won't show up in Birds of Prey. Joker's part of the story anyway.
MyCocaine
Posts: 3323
Joined: September 2013
Location: Copenhagen
Jared Leto is a piece of garbage from every conceivable angle. 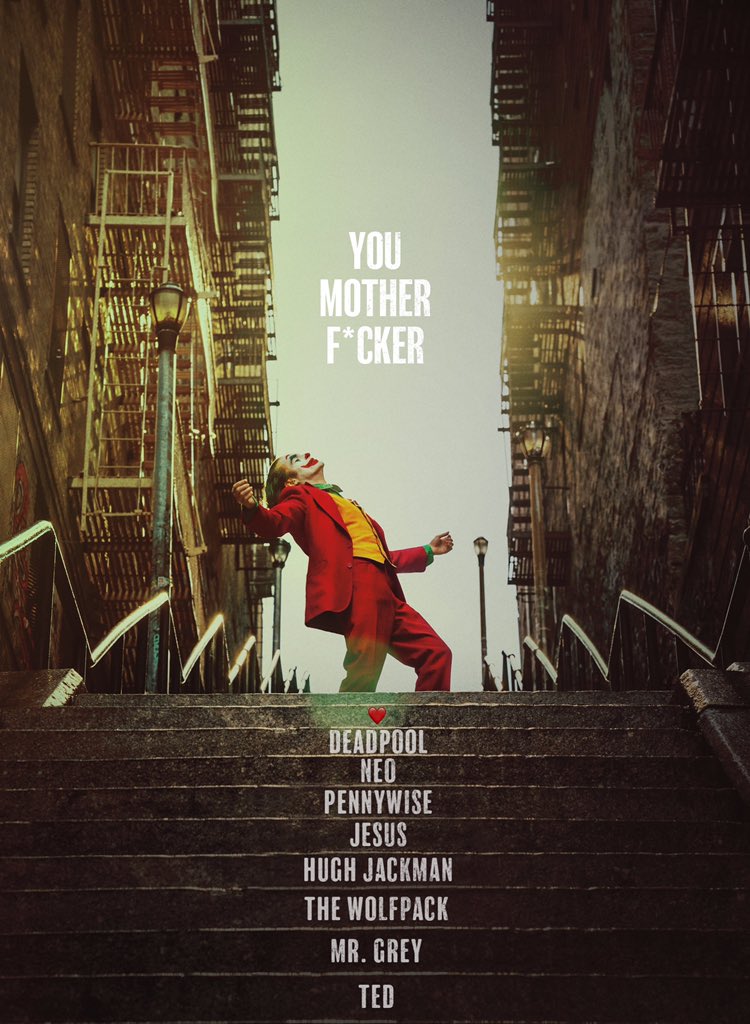