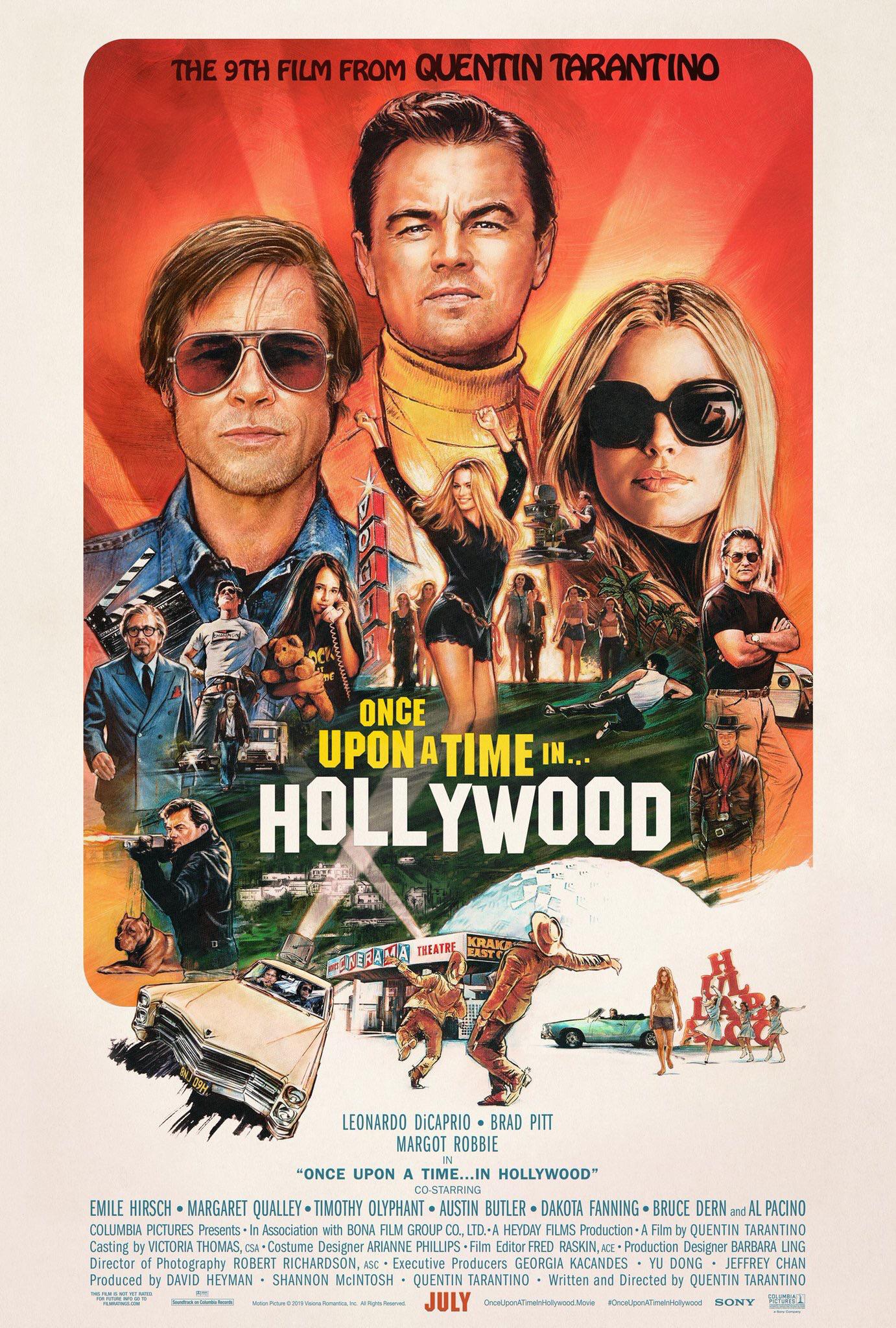 Man, it looks awesome. Can't wait for it

i don’t get it. can’t even buy tickets for standard digital showings yet. i mean, i know the philly theaters that still project 35 on a weekly basis, but obviously no guarantee they’ll be one of the ones that get this

m4st4
Posts: 54472
Joined: May 2010
Location: Arrakis
Staying away from spoilers until August 15th is going go be tough, Tarantino movies are always late round these parts for some reason. Luckily we have 10:1 ratio of dub Lion King versions to look forward to, yay.

Allstar
Posts: 42403
Joined: May 2010
Apparently there will actually be a few 70mm presentations. Still feel like I’d rather just go 35mm since that’s how it was screened at Cannes. Also look out for tickets going on sale within the next 12 hours.

Man if I spoil this one.

ONCE UPON A TIME IN HOLLYWOOD is Tarantino’s most contemplative, mature film since PULP.

It’s beautifully calibrated as an ode to L.A. and its chief industry - the Dream Factory of Hollywood. DiCaprio and Pitt are outstanding.

Was not prepared for this film’s extreme depth.

Josh Horowitz@joshuahorowitz
I try to be selective with my gushing so hopefully this means something. I loved ONCE UPON A TIME IN HOLLYWOOD. Leo and Brad both KILL it. I'm obsessed with both their characters/performances. It's 160 minutes of pure Tarantino. No apologies.

Richardson’s cinematography is masterful. See it on 35mm if u can. Glorious.

How can this not be everyone's most anticipated of the year?

not everybody thinks Tarantino's movies have much going on in them beneath the aesthetic level. not talking just the visuals, but the sound of dialogue too

not everybody thinks Tarantino's movies have much going on in them beneath the aesthetic level. not talking just the visuals, but the sound of dialogue too