what is this movie

LEXX wrote: ↑
July 11th, 2019, 5:47 pm
Watching this clip again. I don't find it's cute at all but just creepy. I don't think this is going hold up well for the younger kids. It's just dull looking and it's like watching a BBC Nature of the wild animals that can speak. They are totally right about the facial expression because there are hardly any in Pumbaa and Timon. It's like watching an actor whole body is being tied up and trying to speak/act/express through heavy facial prosthetic. That's why we don't see movies with real talking cats and dogs doing well at all. Without the hands/arms/body expression the characters becomes lifeless so this is nothing but a moving lips. 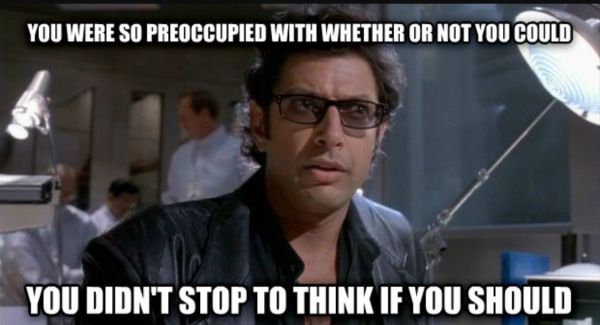 Wow just wow. Haven't they did any research of all the realistic talking animal movies out there? They are freaking terrible with just the mouth moving. They took the colorful and the expressive animations right out of this version. To be honest watching this live version kinda gross me out because I have seen many live footage of these wild animals and it's not a pretty sight. That's why I just find it's pretty creepy at time and not really cute at all.

m4st4
Posts: 54314
Joined: May 2010
Gen Z commenting new Aladdin in a free bashing Lion King thread, on some other site:


Aladdin is very absurd and stupid. Ewww, there were so many weird stuff that felt so out of place especially during a song number in the gold cave. Hiphop in a middle age era? Hmmm okay, that makes so much sense. And I havent even mentioned other stuff

When asked if he saw the original, no he didn’t.

Point being, Can you feel... takes place at the very end of the day in african savana, and T&P are basically announcing the soon-to-be hookup tonight, for our dear grownup Simba. Movie obviously goes for a different color palette.
LEXX
Posts: 320
Joined: June 2012
To me Big Hero 6 and Frozen would translate to live action really well. Even their failed animated Atlantis: The Lost Empire would benefit from a live version. The Chronicles of Prydain is another one they should also try to tackle.
Batfan175
Posts: 4211
Joined: January 2012
These remakes still don't have a reason to exist beyond exploiting your childhood nostalgia for better versions of these stories. Go watch those original films at home instead. Chances are, you'll have a better time watching those than wasting your cash on this.

Music/song itself is fantastic. However, I cannot get over how un-animated and emotionless the animals look like for the sake of looking "realistic."

This just makes me want the new Gambino album. :/

Bacon
Posts: 25659
Joined: June 2011
Glover's harmonies with Rogen and Eichner are great....which only makes the complete lack of personality/emotion that much more annoying. Not to mention how badly mixed the version of Can You Feel The Love Tonight which barely even has him in it (and apparently is shown during the middle of the day).

Batfan175 wrote: ↑
July 12th, 2019, 12:55 am
These remakes still don't have a reason to exist beyond exploiting your childhood nostalgia for better versions of these stories. Go watch those original films at home instead. Chances are, you'll have a better time watching those than wasting your cash on this.

"Exploiting your childhood nostalgia"? Alrighty then.

I don't really care about these disney remakes, only seen one, The Jungle Book, which was fine, but these remakes don't have to be "as good" or "better time" than the original for people to feel happy about these new ones, even if I personally don't care for them (I know, weird concept right? what other people like is not up to you).
Just, 'different' can be enough, like, I'd probably watch an animated remake of the Dark Knight if they made one with a huge budget and A-list actors; Bale, Caine and Oldman coming back to voice the characters. They could even cast Beyonce as Rachel and have an added musical number in the movie I wouldn't mind, I'd be curious.