by LEXX
So I guessed this version the lions gone herbivore. Or they just skip the dinner and lunch part so that it wouldn't scare the kids.

by Dobson
This'll be rad in live action...

Sanchez wrote: ↑
November 23rd, 2018, 8:33 am
Do they seriously need another reason? I refuse to believe that you actually don't see the point in this movie being made. Being sceptical about the project's quality based on what you think about the quality of the original is another thing, but if it turns out to be a good movie, why on earth does that matter?

I just want to defend my own position for a moment. It's not that I don't see the point - I know I might've written exactly that, but of course I do see it from a studio's, distributor's and I-don't-know-who's point of view. The point is that I just struggle to cope with the reality that these projects exist. I tend to pose the rhetorical question "What's the point" in these situations, but what it really means is "I see the point but I have a hard time accepting it, even if it makes sense".

What you write at the end of your post is a bit misleading, because I don't think that disliking the project for the similarities in plot, while also disliking it for the differences in visuals is hypocrisy. I think the reason to remake a film is to introduce something new to the original material, and the teaser is telling us that this will have similar scenes with strikingly similar imagery, so you can already feel that story-wise it won't have anything to add to the original. So there you have it, but then you'd expect them to have a different approach when it comes to visuals - and of course it's live-action and stuff, but to me it strikes me as bland and maybe even too realistic? So my problem is, that to me this isn't improvement, it's not understanding why the original worked - at least this is what I think. So to me it just has a bad combination of keeping stuff from the original and doing new things.

It's just a teaser, I know, but the teaser was made to give you a faint idea about what this project is going to be. I didn't really give a shit about all the previous live-action Disney remakes, other than all of them seemed to have the same exact problems, but the Lion King has a different place in pop culture in my eyes, that's why it's even more striking than the previous remakes.

But yeah, at the same time, I guess it's not going to be terrible and people making it had a great time, and people watching it will probably like it, so why would you diss it. I know, but from a filmmaker's point of view, it's just difficult to accept. But that's just me. 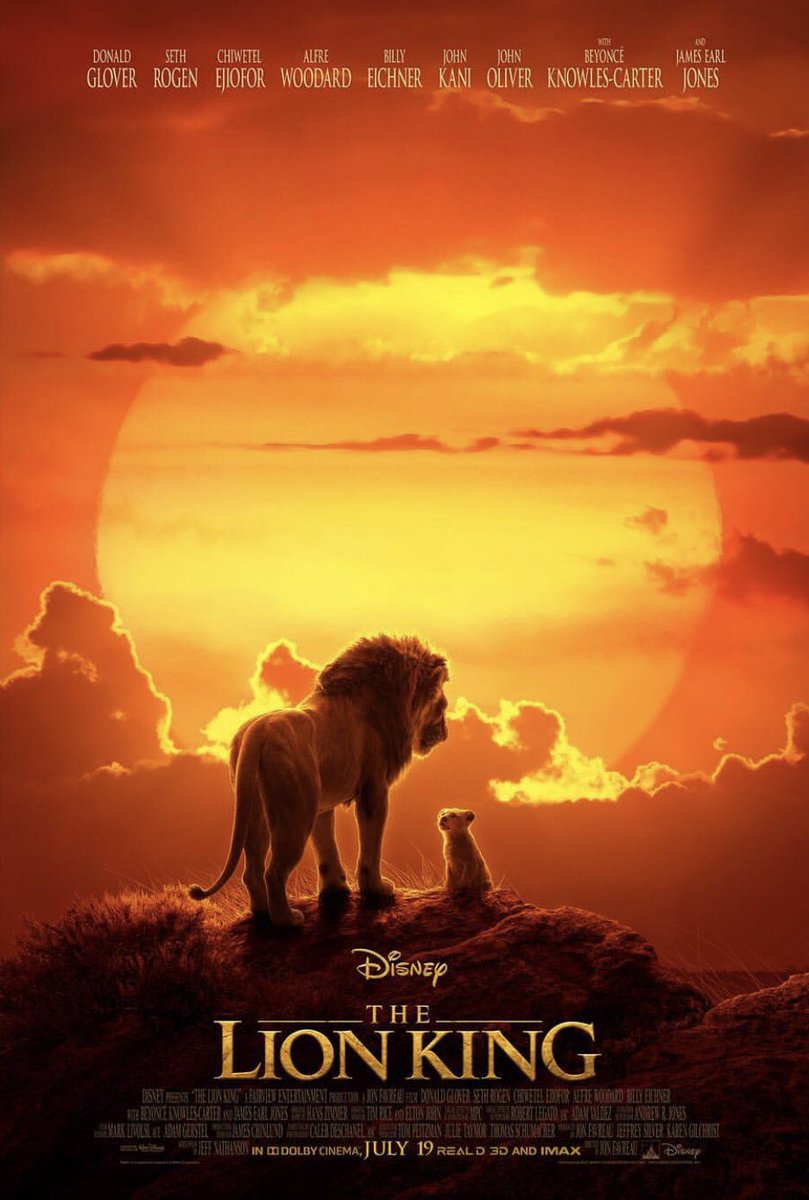 by anikom15
The same movie, but longer and with a shitty cast!

by Master Virgo
I don't even get how a realistically looking Scar with barely any room for facial expression can work and I might be proven wrong, but Ejiofor kind of feels really wrong here. If only they had cast Coutney B. Vance.£

by Nomis
positive reactions to footage shown at CinemaCon

The animation looks insane. Music brought back big memories. That being said though, Scar's voice is waaay off.
All times are UTC-04:00
Page 17 of 37
Powered by phpBB® Forum Software © phpBB Limited
https://www.phpbb.com/