Vader182
Posts: 19092
Joined: June 2010
Location: The White City
Contact:
Contact Vader182
Website AOL
nice color balance between the green/beige on the wall and jacket and orange on the picture and tie. it nicely draws focus both to the body of the imposing officer and the subject, the boy in the photo. 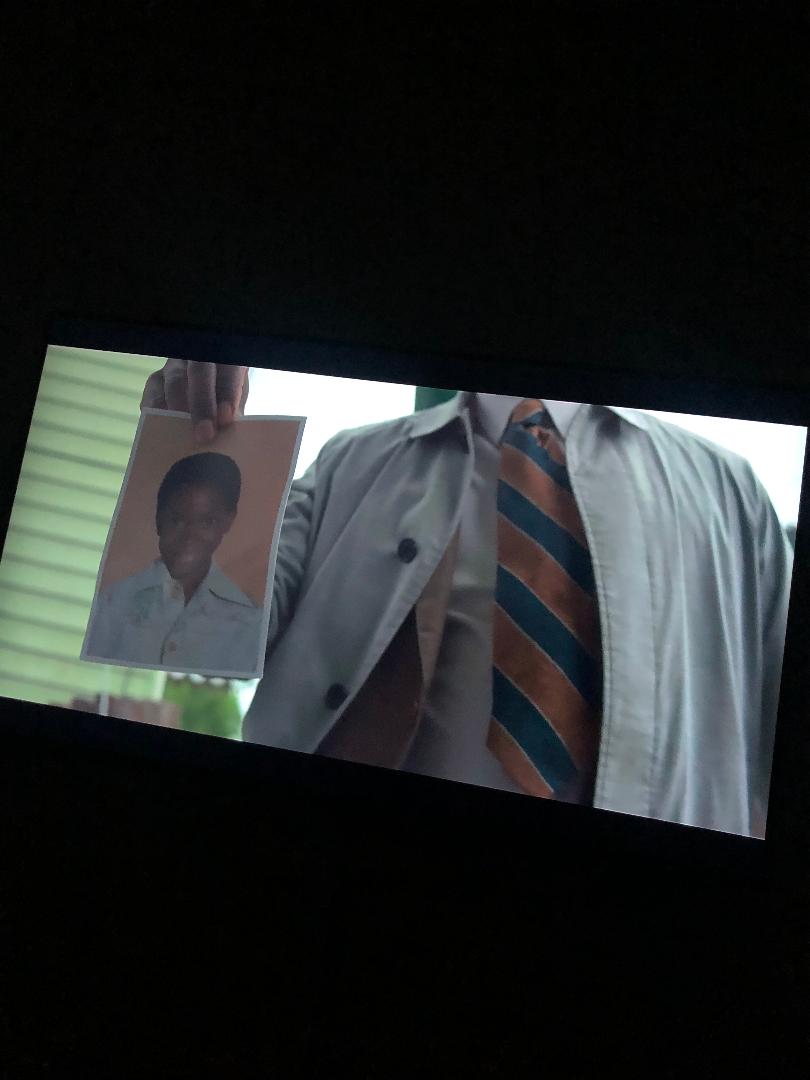 Can anyone tell me why this stands out so much to me? Vader? Solo? m4? Someone.. I had to rewind it.

because it's an emotional shot and you thrive on emotion

is it because i forgot to add you :^/

AsianVersionOfET
Posts: 3955
Joined: May 2014
Location: [insert non-spoilery location here, that wasn't a spoiler to begin with]
Just finished it. Not gonna lie, I felt a tad underwhelmed at first....but
I think that’s kind of what the audience is supposed to feel. Because it’s based on true shit and the real ending to the Atlanta murders is unsatisfying. That last shot though...holy creepy fuckin dollface Batman.
I need season 3 like yesterday.

cooldude
Posts: 3492
Joined: May 2010
Location: Canada
Manson and the Son of Sam interviews were pretty eerie but kinda riveting. The Atlanta murders was executed pretty well, very horrid and heart wrenching. I was kinda annoyed how Dr Carr was the only one relegated by a romance arc — Holden and Bill had big personal drama but also worked on cases. She was the standout for me in season 1.

I hope they delve into Ted Bundy next season.

I know a lot of praise has been given to Fincher and Dominik and rightfully so, but Carl Franklin also did such a fantastic job.

other than some of the Wendy and Bryan stuff this is overall a much stronger season. I wish they gave Wendy way more to do in the last third.

Artemis
Posts: 8712
Joined: August 2009
I would have loved to see Wendy dissect Williams. Her insight would have given Ford and Tench a better argument.
I didn't really mind the Brian arc too much
It certainly fleshed out Tench's character more and gave more emotional resonance in the interview with Manson whenever Manson says "your children." His discomfort also came up during the FBI ass kissing scenes too. Also probably highlights how much of an absent father he is. He studies what makes killers all the time but he is potentionally missing it under his own roof.
Post Reply
236 posts