Nomis
Posts: 19674
Joined: June 2012
But TROS scripts apparently changed right before/at the start of principal photography... I mean JJ and Terrio had something else in store and I know sort of what Smith's role would've been but I don't think there are any more details as to how that would've turned out.

we originally cut between Rey and (way more) Ren (seeing the oracle, vader's castle, etc) before the lightspeed skipping/spy stuff. we're probably missing 5+ minutes of footage there, which is why the whole thing is edited to oblivion. 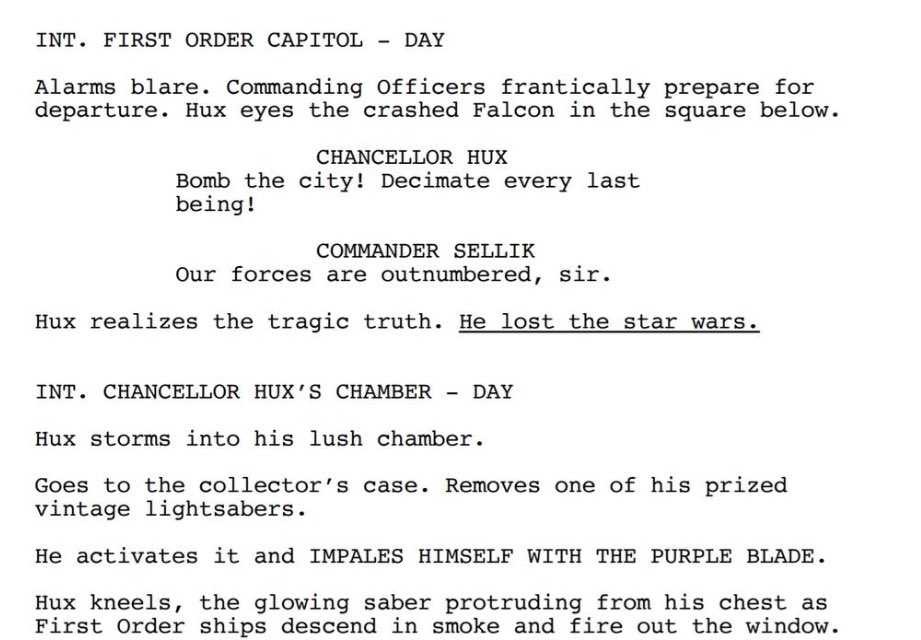 And then people ask why Kennedy fires people.


hE hAd lOsT tHe StaR WaRs.

Oh, I see what u did there.

Parts of this are excellent and better than what we got, a lot of it, especially the Rey/Ren/Luke stuff, is truly very very bad.