inarritu looking at best of the decade lists 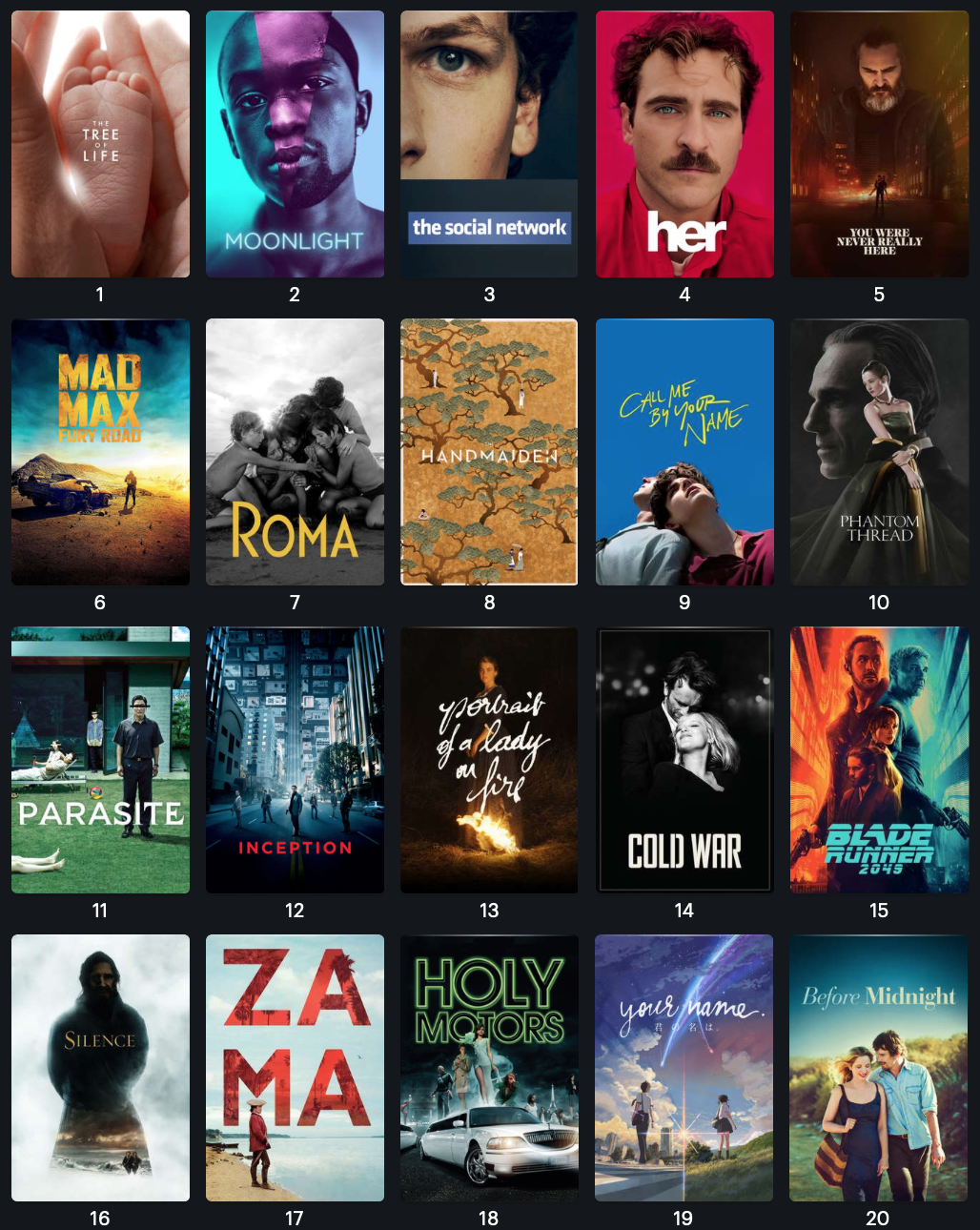 Honorable mentions: Cemetery of Splendour, The Grandmaster, Spotlight, Spider-Man: Into the Spider-Verse, The Wolf of Wall Street

Bacon
Posts: 25760
Joined: June 2011
Props to you for having You Were Never Really Here on there.

I think I have my top 20 (no particular order): 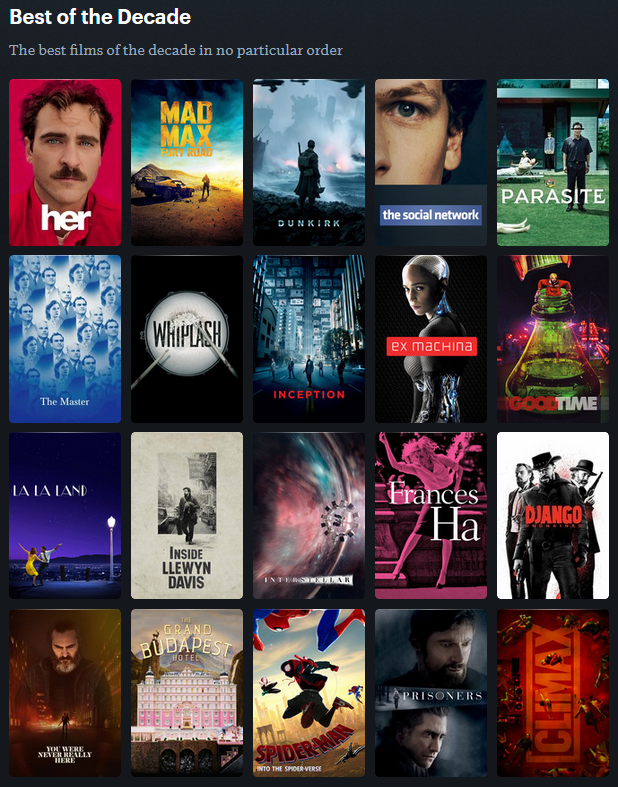 Some honorable mentions:
Phantom Thread
Inside Out
Blade Runner 2049
Scott Pilgrim vs. The World
Uncut Gems
Once Upon a Time in Hollywood
The World's End
Hugo
Little Women
Birdman
Life of Pi
Three Billboards Outside Ebbing, Missouri
Moonrise Kingdom
Steve Jobs
The Lighthouse
Looper
Dawn of the Planet of the Apes (yes, really)

You were never really here is such a gem of a film.
StarWarsIsAwesome123
Posts: 113
Joined: April 2017
Top 25 in order of release (most mainstream list here guaranteed):