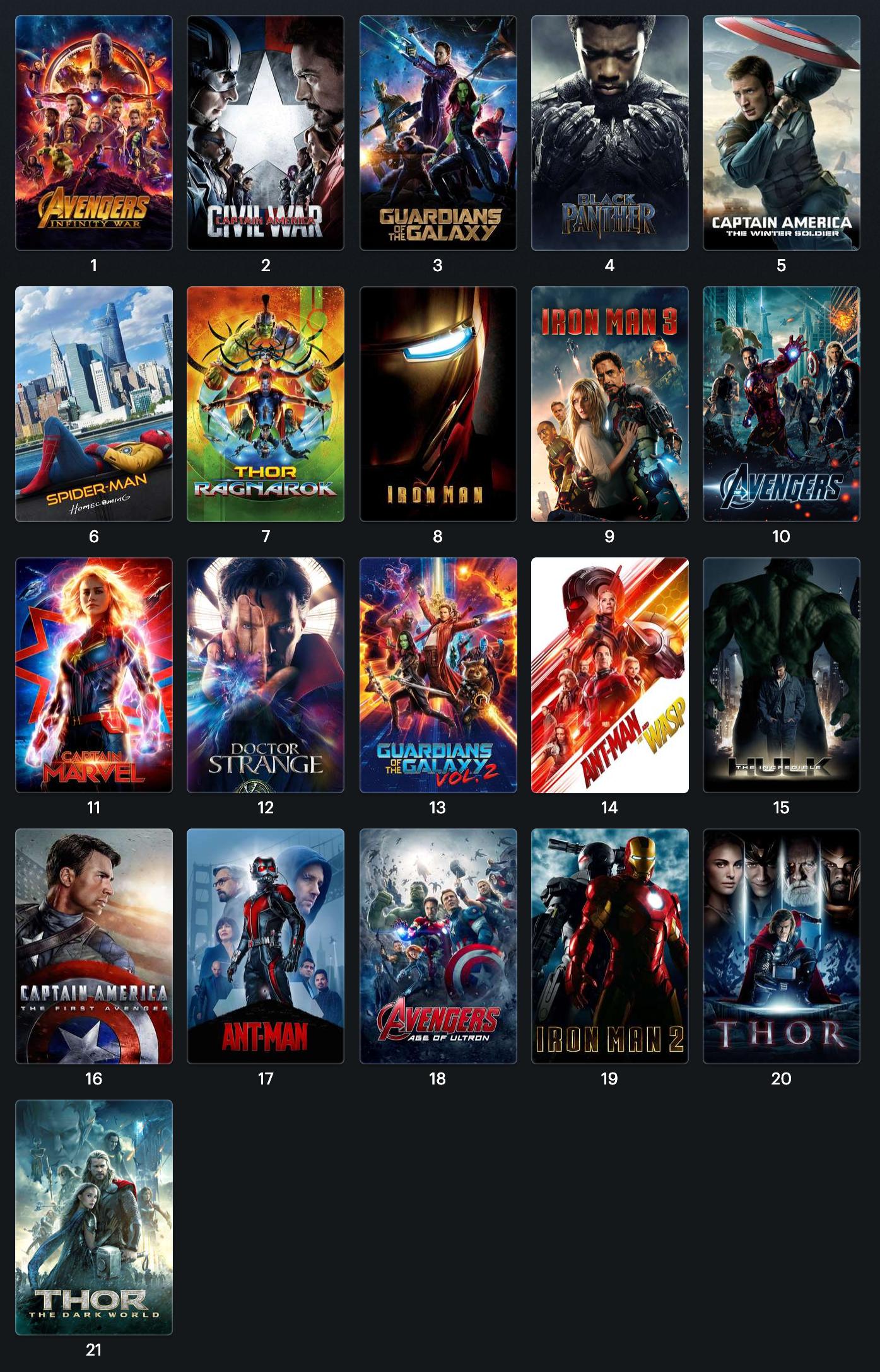 Ruth
Posts: 7669
Joined: August 2012
y’all are making these big lists and i’m still here changing up my mind on whether i like civil war or winter soldier better like every other week

That's what I meant.€

I figure it's going to take awhile before we get another Avengers film. Wonder if from now on the Avengers timeline will always be five years ahead of us.
I hope Captain Marvel becomes an official member of the team in the not too distant future. I just didn't connect with her in Endgame.
I wonder if Sam will be injected with the super soldier serum? I mean it's cool that we got a fully human Captain America now (just like Natasha and Clint aren't superpowered) but it does help if he'd be getting superhuman strength to fight off future villains lol.
Hope Hulk finally gets a proper solo film again, would love to see them introduce She-Hulk.

Guess they will reveal a proper outline this July at Comic-Con? The Spider-Man sequel is said to be the end of the Infinity Saga so whichever film is next could be the one setting up the new saga.

Fingers crossed they're going to work towards Galactus once they get the Fantastic Four rolling.
Demoph
Posts: 445
Joined: January 2019
the wait is going to be long before we see again the characters of Endgame
my supposition:
2020: Black widow, The eternals
2021-22: Dr Strange 2, Black Panther 2, Spider Man 3, Ant man and the wasp 3, Cap Marvel 2, New character
2023: GOTG 3, new character
2024: Next assemble movie
( I don't see the point in having a new Thor movie, I'd like the asgardian to pop up in some other film)
I think the hype won't really return until Black Panther 2, this might be a difficult transition.

Nomis
Posts: 19394
Joined: June 2012
Well The Eternals is said to have the first openly gay lead, that's something I really want to see and Chloe Zhao of the wonderful The Rider is directing so I need to see what she'll do with something like MCU.


Black Panther 2 could introduce Namor? Black Widow will be a prequel. Gotg3 will more than likely have Thor as part of the team.
Shang-Chi is said to get his own film.
Demoph
Posts: 445
Joined: January 2019

Nomis wrote: ↑
April 28th, 2019, 6:54 am
Well The Eternals is said to have the first openly gay lead, that's something I really want to see and Chloe Zhao of the wonderful The Rider is directing so I need to see what she'll do with something like MCU.

I didn't know it was Zhao or that the lead is openly gay (never read the comics, for me it's just films). This is great that two MCU movies of next year are directed by women.

But I think there might be a reason why we had a black and a female lead before a gay lead. I think many reactions are going to be awful to hear. What happened with Brie Larson and Cap Marvel these last two months on the net could have just been a preview of something way worse. Also I suppose it would be released during the 2020 campaign... I could even imagine nightmare scenarios in which Trump talks about the film as "an example of the left trying to force people to accept its moral principles." And I'm not even talking about countries where homophobia is the norm...

Edit: I am of course grateful that the MCU is having a homosexual lead, and I know that there is no change without outrage. (just realized my comment could be seen as a statu quo propaganda)

I agree, for some it's going to be tough to accept and sadly that's just the way it is.

I'm not overly familiar with the Eternals and so far pretty much all you'll read on the internet are rumours. The rumour is that Hercules could be the gay leading character. Who's not even a core foundation member of the Eternals but why not.

In the comics, there is Earth-12025, where Hercules is in a romantic relationship with James Howlett -- Wolverine himself.

Would be pretty cool if Hercules is that lead and even cooler if one of the most masculine marvel characters is to be his love interest. Maybe that's a step too far for now but I'd love to see it on screen.
Post Reply
1881 posts